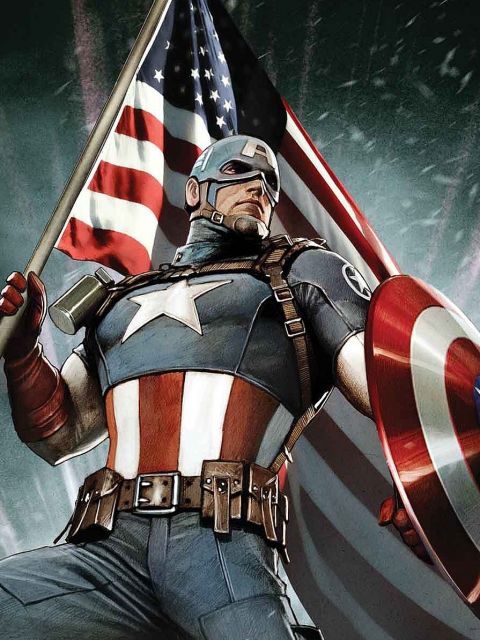 Steven Rogers was born in the Lower East Side of Manhattan, New York City, in 1920 to poor Irish immigrants, Sarah and Joseph Rogers.[54] Joseph died when Steve was a child, and Sarah died of pneumonia while Steve was a teen. By early 1940, before America's entry into World War II, Rogers is a tall, scrawny fine arts student specializing in illustration and a comic book writer and artist. Disturbed by Adolf Hitler's rise to power, Rogers attempts to enlist but is rejected due to his frail body. His resolution attracts the notice of U.S. Army General Chester Phillips and 'Project:Rebirth'. Rogers is used as a test subject for the Super-Soldier project, receiving a special serum made by 'Dr. Josef Reinstein'. The serum is a success and transforms Steve Rogers into a nearly perfect human being with peak strength, agility, stamina, and intelligence.

Most recently, Steve Rogers gave up the Captain Amerca mantel to Bucky Barnes and headed out to travel the United States in search of himself and the real America he loves so much.